How to Spot if an Influencer is Fake: The Ultimate secrets for Finding out!

Brands and companies spend more and more of their marketing budget on Influencer Marketing. Currently, this market is estimated to be worth over $ 15 billion worldwide. It has, therefore, become as popular extremely popular being an influencer as companies are looking to partner with, and work with influencers in their marketing. Fake followers, “Influencer Fraud” and false influencers are a phenomenon with many names and aspects. In short, this is about artificially increasing your followers on social media, and sometimes also engagement, in order to inflate your popularity, and appear more influential than these individuals really are.

Many companies still have problems distinguishing between influential people and so-called “fake influencers”. Unilever’s CMO, Keith Weed, recently said that companies should stop cooperating with influencers who buy their followers: “Trust comes on foot and leaves on horseback, and we could very quickly see the whole influencer’s space undermined.” 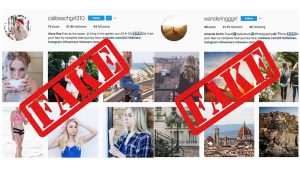 Weed draws attention to a real problem for the industry. Influencer Marketing is not only used for branding but also for creating credibility with its target audience and followers. If the audience questions an influencer, it will not trust the company that uses it in their marketing.

What is a fake influencer?

Fake influencers are people who pay to get more followers or increase their engagement on social media. The goal is to appear as a popular and influential person who can help companies and brands reach a large and committed audience, and thus impact their audience into buying from the company. The cost of using an influencer and marketing your products to their audience depends, of course, on how influential the person is. It is therefore important for companies to be able to see the actual potential of an influencer, and what results can potentially be achieved by collaborating with an influencer in their marketing campaign on social media.

Despite the fact that many social platforms try to shut down false influencers and fake accounts (which are the accounts that start following you when you buy followers on social media), there are still examples of companies that have unfortunately partnered with these fake influencers, and imagine how much money you’re actually losing as a company, if, let’s say, only 50% of all influencers are actually real people, and the rest consists of fake accounts.

According to a survey by the Points North Group, companies like the Ritz-Carlton, Pampers and Magnum have invested large sums of money on influencer campaigns that later proved to reach out to fake followers.

How to see if an influencer is fake

The bottom line is that a fake influencer is someone who has bought followers on social media in order to appear more popular. Some influencers buy enormous numbers of followers, while others are a bit more discreet, and have an account that mainly consists of real followers.
We have collected 6 good tips on how you can see that an influencer is fake and thus avoid wasting money with collaborations that do not yield the result you desire.

Social media platforms like Instagram, Facebook and Twitter allow influential people to have their profiles verified to show that they are actually the ones behind the account. Which makes it easier for other users to identify them real people. Keep track of the blue certification mark. 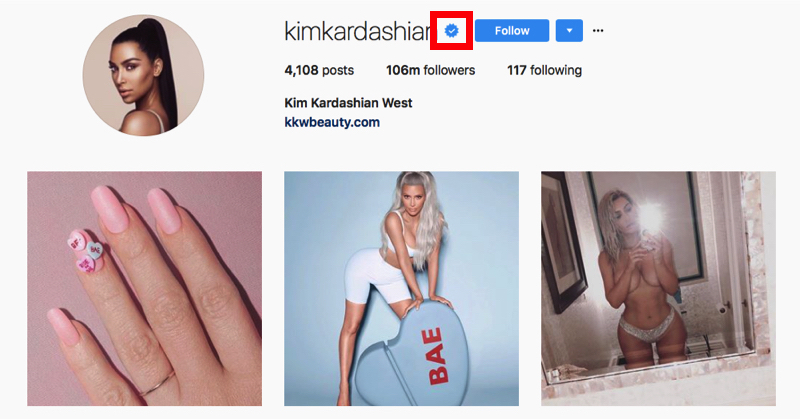 If an account is certified, you can be relatively sure that it is not a false profile and therefore not consisting of fake followers. Instagram currently controls major brands and celebrities from around the world. But what about the local micro and macro influencers that are often the people that companies want to work with? Let’s take a closer look at it.

The purpose of fake followers is of course to be able to present good statistics and act as attractively as possible for the companies. And to look more popular and influential. Buying followers are cheap – you can buy hundreds of new followers for just a few dollars on the internet.

It is easy to see if something bought new followers by following the development of the number of followers on the profile. Has the profile’s followers increased dramatically? You can quickly and easily identify this by searching on the user name of SocialBlade which is a free tool.

Influencers usually have a steady growth of followers that have developed over a long period of time. If you see a drastic change, it is a good idea to investigate these events. Has the influencer perhaps participated in a big event, campaign or otherwise received much attention during this time? Then it can be logical. But if there are more than + 10,000 new followers in a day without continuous growth, then you can be quite sure that the person bought the false followers. An obvious tell is if the influencer has huge follower spikes, and then the rest of the days, they are losing followers. In this case, something just doesn’t add up.

Purchased followers can also be identified by examining a profile. If you notice that many profiles among the followers are inactive, it may also be a sign of a false community.

Paying for engagement and likes is not a new phenomenon. So-called “like farms” have been around for several years and became particularly popular after fake Facebook pages were created and received thousands of followers in a short period of time, which contributed to these business pages coming to look legitimate.

You can also identify fake influencers by looking at their engagement (likes, comments, sharing, etc.). An influential profile with thousands (perhaps millions) of followers will also reach a large number and thus also get a lot of commitment to their posts.

You should, however, be aware that you can also buy engagement in different packages of 100, 1000 and 100 0000! Therefore, an unusually large engagement can also be suspicious. But it is mainly about what the comments say. If the comments are super generic and not thoughtful, such as “nice” “awesome” “love it” etc, this may be an indication of fake engagement as well.

According to Makerly Stats, the average remuneration on Instagram is between 1 and 5% depending on how many followers the person has. That is, if you have 1000 followers, you can expect between 10-50 likes. Therefore, check the influencer’s data if you want to be sure that the engagement is not out of the ordinary. To calculate the engagement, you divide the number of likes, comments and divide that by the number of profile users and multiply by 100 to obtain a percentage.

You can also examine the profile’s “influencer rate” and thereby see what impact the profile has based on scope and commitment.

Data like this can be very rewarding when examining the profile’s actual influence and commitment and can be identified in an influencer platform form.

Another good thing to do is review the comments on the profile’s post. If there are many generic comments such as “Awesome”, “Love it!” Or simpler emojis, it may be a sign of purchased engagement. This phenomenon can usually be found on fake influencers on Instagram.

If the comments and other pages contain conversations, people who tag other profiles and very personal comments and recommendations – yes then it is an indication that they are authentic followers and thus a sincere commitment. 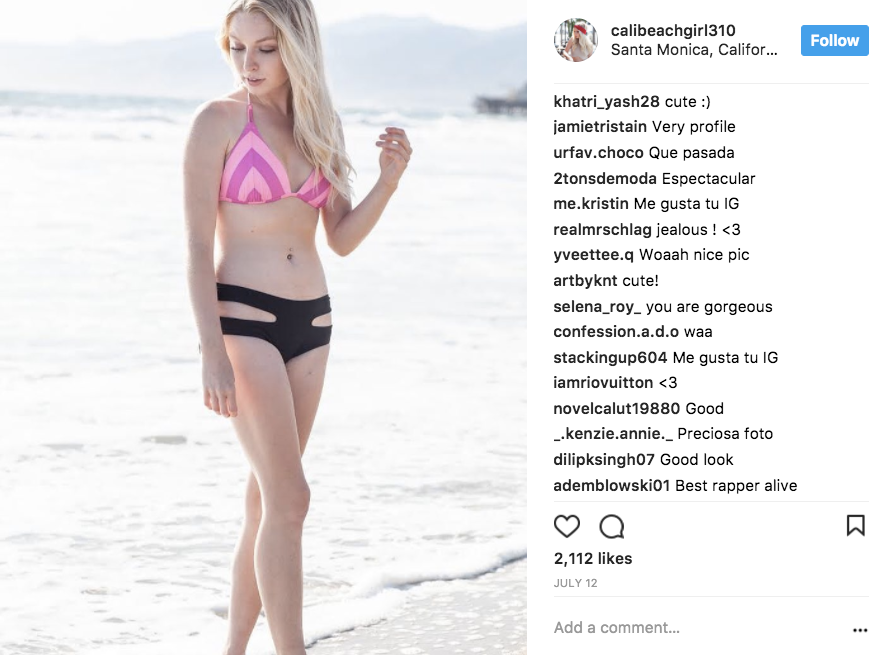 The actual reach of influencers (the number of people that a post actually reaches) is an extremely important parameter for analysis. This parameter often differs from the potential range – that is, the number of followers the profile has. What you’ll notice with many fake influencers is that they have an enormous number of followers, but only a small percentage, at most, see their content. When you see this, something just doesn’t add up. Most algorithms on social media take into account active followers and involvement and will, therefore, affect the actual range of the post. Therefore, this factor can help identify if a profile has many fake followers and thus is a fake influencer.

This applies to both fake influencers but also to the influencers who are sincere. The potential reach is a very fluffy (and unrealistic) metric. Therefore, the actual range is incredibly important to look at prior to a potential influencer collaboration.

Influencers are often part of an influencer network. This may be because they are part of an office network, but also because it often interacts with each other when they go to the same events, collaborate or do the same campaign.

Influencer platforms can help you investigate the profile network and thus identify several similar influencers. Maybe other influencers in the network should be part of your next Influencer Marketing campaign?

Article provided by a Veloce contributor.