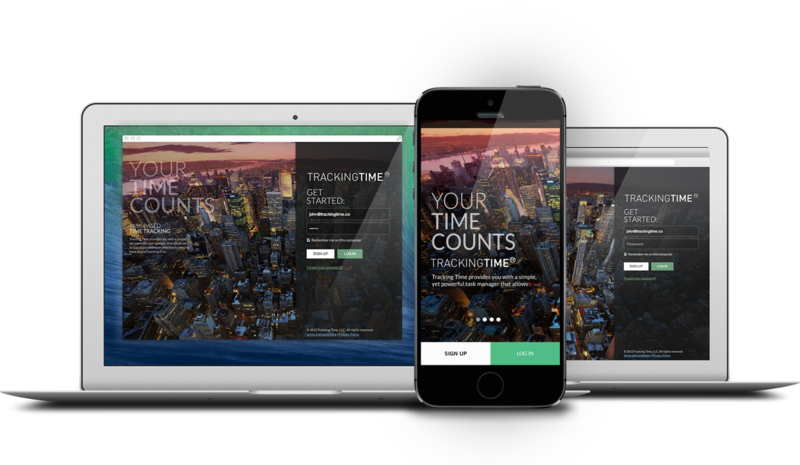 Have you left work feeling like you’ve spent the day doing absolutely nothing? 5 minutes checking emails, 20 minutes updating reports, a few phone calls… but what happened to the rest of it?

Fortunately for us, we live in the age of time trackers — mobile and web platforms for recording and visualizing the myriad ways we spend, or all too often waste, our time.

Today we’ll be looking at a few of the startups attempting to push back the hands of time with all the tools at the mobile developer’s disposal — as well as a few pie-charts. A time tracking functionality much like in the apps below can also be used for planning live tours around apartments and houses for real estate platforms.

Let’s not waste any… well you know.

Since it came out of Beta in spring of 2014, TrackingTime from Buenos Aires has attracted more than 10,000 freelancers and teams to its web and iOS platform.

The app itself doesn’t bring a whole lot of novelty to the table. There’s a simple ‘button’ mechanic for starting and stopping tasks, and a dashboard where you can see what different members of your team are up to.

What it does bring, though, is the perfect set of tools for tracking and analyzing how your team spends its time, including easy-to-read timesheets and charming graphs that automatically sync with your team’s devices in real-time.

TrackingTime users are divided into 3 categories: co-workers can track time and edit tasks, project managers can view reports, as well as edit projects and timesheets, and administrators can edit billing details and manage accounts.

Team leads will love that TrackingTime lets them delegate tasks and send notifications about due-dates, while those with their eye on the budget will dig the fact that it’s free.

A quick note: The TrackingTime team markets this brilliantly by including a «pricing» page on their site, even though there’s no charge for the app.

TrackingTime was founded in 2012 by Eric Tulle, Diego Wyllie, and Leo Custer, and received its initial funding from Enzyme VC. 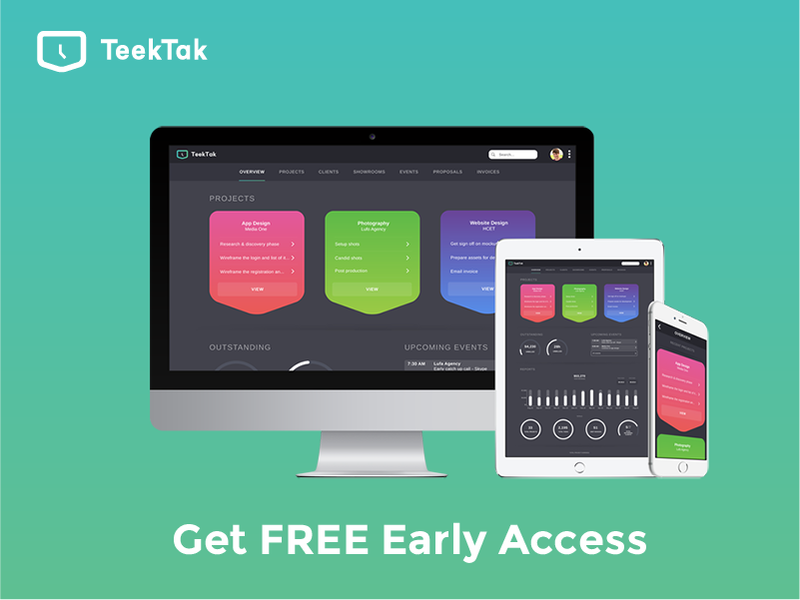 Since the ultimate success of a time-tracker depends on its ability to communicate raw data in an appealing way, it should be no surprise that so many of the outfits that build them are headed by UI/UX guys. That’s the case with TeekTak, an app geared towards creative freelancers and teams from Montreal-based Adrian Sule.

The big appeal of this app is its customizable templates for recording time spent on projects for different clients, meaning that it’s easy to get an idea of what’s happening with different accounts simply by looking at the dashboard. Estimates and invoices are similarly customizable, which is great for projecting a consistent brand image across business correspondence.

Designers will also love the fact that TeekTak gives you the tools to build a portfolio of your work linked directly to your app. It’s time-tracking and marketing rolled up into one beautiful user experience.

When it drops later this spring, a monthly subscription to TeekTak will cost $10. If you pre-order now, though, you can get the app for just $6 a month or $72 a year. The initial release will be for web and iOS only. 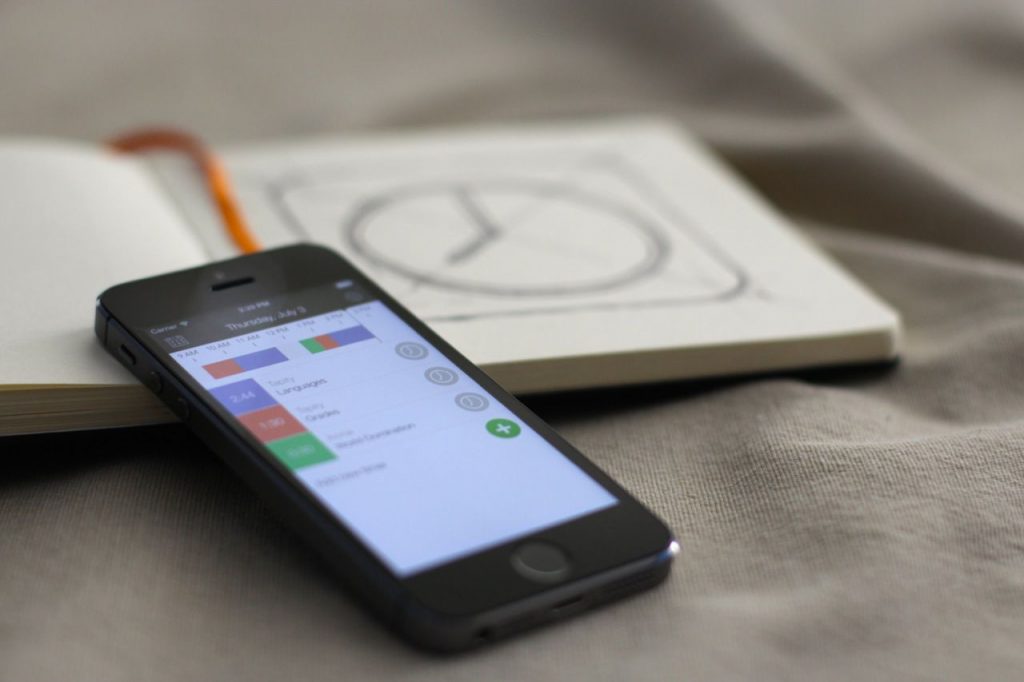 Thus far, we’ve limited ourselves to discussing apps that have little relevance if you don’t bill by the hour or manage those who do. Hours, though, is a time-tracker for everyone.

The beauty of Hours is its simplicity. Users open the app and are prompted to set their first-timer. There’s no flash, no bang, just well-designed UI and UX powered by Facebook’s POP engine, which allows for more dynamic animation in scrolling, bouncing, and unfolding effects.

Timed sections of the day are displayed in blocks, which can be viewed vertically or horizontally. Forgot to stop your timer when you took that coffee break? — no problem. Users can split blocks or insert breaks after the fact.

The one thing people seem to like most about Hours is the fact that it sends you notifications when you forget to log a part of your day. This feature ensures that users spend more time engaging with the application and getting the insights they started using a time-tracker for in the first place.

Hours is currently available on the App Store for $6.99, and it’s well worth it. For the time being, Hours works only for individual users, though Tappity, the Apple Design Aware-winning outfit who built it, is planning on releasing an enterprise version for teams at some point in the future.

For most people, the average day is split between a few basic activities like working, studying, social networking, and, in my case, gaming. ATracker, which comes to us from Sweden’s Wonderapps AB, uses the sometimes painful predictability of life to its users’ advantage by letting them visualize their day categorically, in the form of a pie chart or bar graph.

Users create their own categories or tasks to time from an array of simple icons-an antenna for watching T.V., a tram for commuting, you get the idea. Timing events follows the same «button» logic as many of the other apps I’ve already mentioned and include a widget for stopping and starting the clock even when your phone is locked.

ATracker’s slogan is «easy and elegant,» and that’s certainly the case when it comes to its UI. Flat colors and clear icons make it easy to see what you’ve been up to all day, and tempting to post flattering graphs to Facebook (which you can totally do).

ATracker is only available for the iPhone. The «lite» version is free, but to unlock the app’s full range of features you’ll have to shell out $4.99. 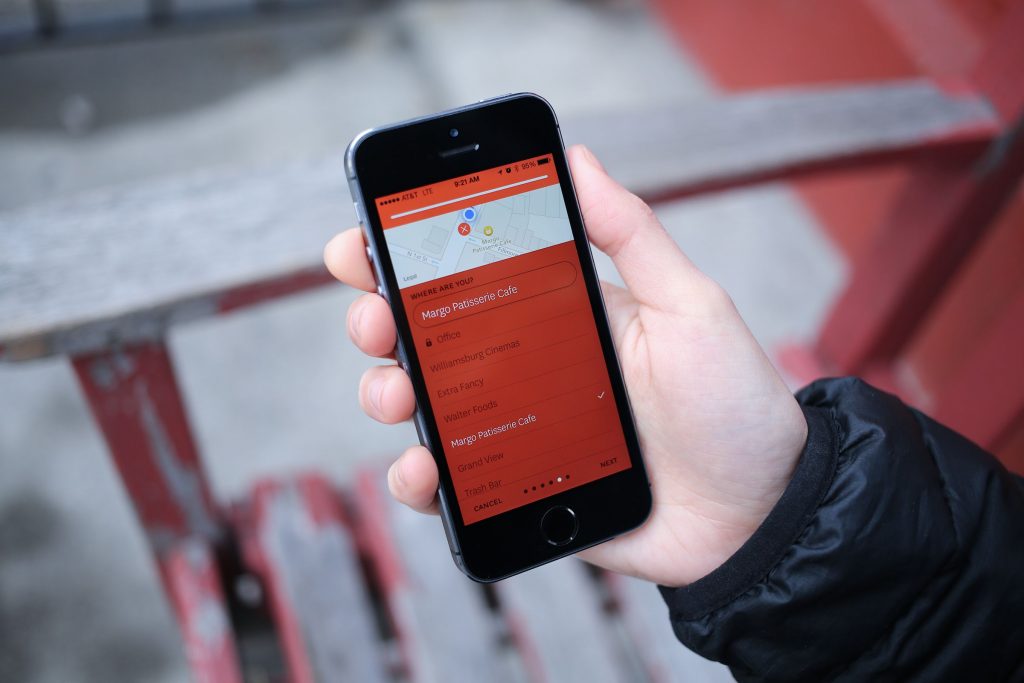 Time-tracking apps are all about delivering insights into how users spend their time, which is what Reporter does albeit in a very different way than the other apps on this list.

Instead of keeping track of your activities minute by minute, Reporter prompts you to answer a series of questions ranging from the superficial — “where are you?«— to the intimate or revealing- «are you happy?»

The result is an app that can tell you in what month you were the happiest, or what percentage of time you spend with other people. Even cooler, Reporter can synthesize this information with other, passively collected data like local weather conditions or background noise.

Reporter started as a pet project from Facebook alum Nicholas Felton (he led design on the Timeline), but can now be yours for a $3.99. If you have an iPhone, that is.