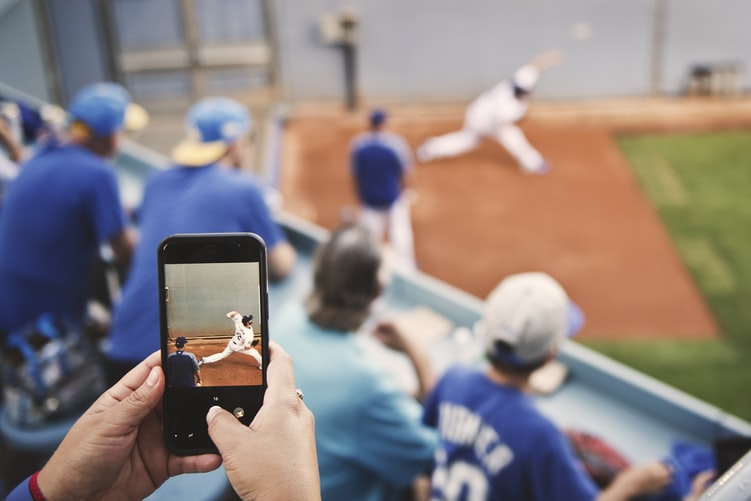 Technology has changed just about every industry and part of human life. It first gave us ways to feed and clothe ourselves more efficiently, then helped us travel the earth much more easily. It delivered the many home comforts we enjoy today: television, radio, microwaves, and the internet. And it also helped keep us healthy and make us feel better when we got sick. It has changed the world we live in completely and left nothing behind.

This includes sports, which have been changed on almost every level by developments in technology—from the way we watch sport to the way we interact with our favorite athletes, and even the way sport is governed. Here are some of the ways that technology is changing our favorite sports.

Stricter Application of the Rules

There are few more painful feelings than when your team loses due to a poor decision by a referee or umpire. Whether it be a disallowed goal, a disproportionate time penalty, or a controversial disqualification, these decisions can result in weeks, even years, of argument and debate among fans. Technology is helping to remove these events, with sensors and additional camera angles that provide additional information to the people making decisions.

For example, in association football (soccer), goal-line technology is now being used to make definitive decisions as to whether a goal made it beyond the white line. Before its introduction, the decision would be down to the judgment of the referee and the linesmen, who may have their views obscured by other players or may be at the wrong angle to tell for certain. Goal-line technology instead uses sensors around the goal to detect when the ball has entered and can be referred to whenever the goal is in doubt.

Motorsports like Formula 1 are also making use of sensors and other technology to more consistently apply the rules. The limits of a race track are defined by a painted white line, and the cars are not usually permitted to travel beyond these lines under normal racing conditions. Sometimes, drivers may find that doing this could result in them gaining a time and speed advantage, though, so they have been pushing the boundaries of these rules for the last couple of decades.

Sensors located inside the cars and embedded within the track can now detect when a car has passed beyond the permitted limits and notify race officials. These officials then follow a procedure that usually first involves warning the driver, and then applying a time penalty during the race. During a qualifying session, any driver that is detected by the sensors to have left the track to gain an advantage will have their timed lap canceled.

Social media has changed the way we communicate with our friends, colleagues, loved ones, and complete strangers. As well as being able to send messages, images, and videos to relatives for free (whether they are in the same room or on the other side of the world), social media has allowed us to follow the lives of our favorite celebrities more closely. This includes athletes, who are arguably some of the most famous celebrities, due to the popularity of their teams and sports and the coverage they receive by the media.

Sports stars like Lewis Hamilton, Alex Morgan, and Serena Williams make use of sites like Instagram and Twitter to let their fans learn about their lives away from the court, pitch or race track. Posts include their training regimens, how they relax, and other business interests that they have.

Sports teams and leagues also make use of social media to engage with fans, showing short clips of games, providing “build-ups” to big events, and displaying behind-the-scenes footage and images. This all helps fans to feel closer to the action, which could otherwise be lost in the modern, commercialized world of sport. 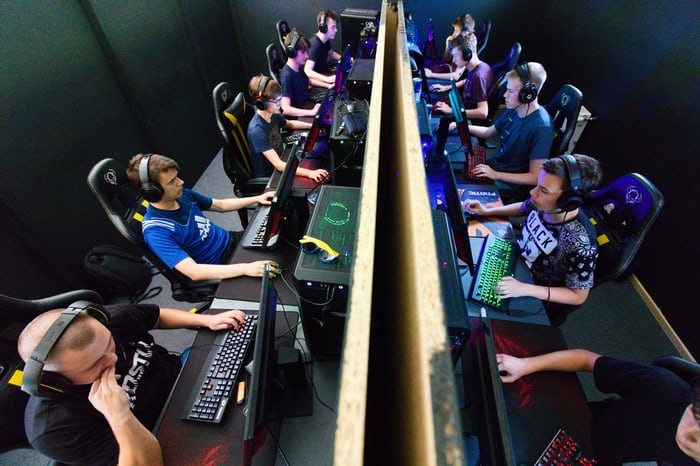 eSports have become sports in their own right, whilst also acting as marketing tools for existing sports and video games. Whilst some eSports have sprung up on the backs of fantasy and first-person shooter games, many major sports leagues are now investing heavily in this area. Formula 1, the National Basketball Association and Major League Baseball are all investing in their own leagues, with the aim of attracting new, younger fans into following the sport.

These eSports leagues are big business, with many major sponsors and teams involved. For example, the NBA 2K League is sponsored by computer giants Intel and Dell, whilst NBA Championship contenders, the Los Angeles Lakers, are among the teams that have also entered.

Up to the first half of the 20th century, the only way that you could watch a sport was to pay for a ticket and attend in person. Coverage beyond this would be provided by newspapers and the radio, but watching games on TV was a little ways off.

Television made sports more accessible, allowing fans to watch the games without the need to travel to other parts of their country, or even the world. However, this access was not universal, with some countries getting better coverage than others. In some parts of the world, it is impossible to legally watch certain sports.

To help increase audience sizes in other countries, many major sports leagues are beginning to offer their own online streaming services. These allow fans to pay a fee to watch the games through a computer, smartphone, or other internet-connected devices. Streaming often has the same quality as a paid-for TV channel, with full commentary and high-definition video. The cost can also be cheaper, depending on how many different sports a person enjoys to watch.

Some sports have gone beyond just streaming their events live. Formula 1 has a companion app that can be used alongside a TV feed or live stream; the app provides live telemetry and timing information that allows fans to get a more in-depth understanding of what is happening on the track and calculate the strategies of different drivers themselves.

Technology and social media have completely changed the way we operate and consume sports.  It controls the implementation of the rules, allows fans to get closer to their favorite athletes more than ever before, and provides fans in some regions with their first opportunities to watch games. The eSports genre is also becoming a sport in its own right, and the technology for this will continue to develop beyond what we see now. Therefore, they’ll likely grow just like traditional sports have done.