The World’s Richest Countries By Gdp Per Capita-Top 10!

Have you ever thought about which countries are the world´s richest per capita? Well, whether you have or not, you will learn today! in this article, we’ll be presenting The World’s Richest Countries By Gdp Per Capita-Top 10!

GDP per capita is a measure of average income per person in a country. GDP stands for Gross domestic product. This measure National income / National Output and National expenditure. GDP per capita divides the GDP by the population. Real GDP per capita takes into account inflation.

With that said, it´s easy to understand why countries that are smaller than capitals in major countries with a good tax system attracts lots of wealthy people to a small area.

Since these are numbers that constantly changes, don´t give us a hard time if the facts changes because it most likely will;) 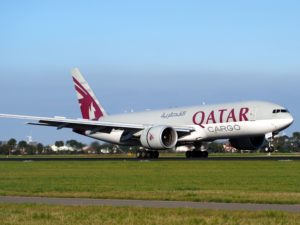 The World’s Richest Countries By Gdp Per Capita-Top 10!-Number 1! Qatar has an estimated GDP of $140,649 and therefore takes the title “world´s richest country per capita”. However, Qatar has a well-developed oil exploration industry where the petroleum industry stands for 70% of its government revenue which is the major reason Qatar is in the first place. This, however, doesn’t mean that all inhabitants in the country are wealthy because how the money is distributed in the country is very uneven so while it may look like everyone in the country is super wealthy, that is certainly not the case.

Luxembourg has a GDP of $98,460 per capita and is thereby the second richest country in the world

The government has a relatively small cost of infrastructure due to the small size of the country, and because there is not much spending done on the military, which consists of a mere 800 soldiers, the government is not forced to spend billions of dollars on building roads and bridges. Instead, they invest much of the income to ensure that taxes are kept relatively low and that the financial environment is favorable to investors and inhabitants that are escaping from the world’s tax systems.

To name a few companies, Ebay and Skype currently have their regional European headquarters in the nation’s capital, Luxembourg City. In addition to a favorable economic environment, the people are incredibly educated, which also contributes to the large amount of private industries, mostly in banking, communications, and transportation, and a low unemployment rate of 5.5 percent.

Singapore has a GDP of $82,763 and takes the third place of the world´s richest countries.

How did Singapore become so rich you may ask?

When Singapore was expelled from Malaysia in 1965 and was forced into an unwanted independence, it was a typical Third World country. Its “per capita” income of $500 and compared to what it is today it makes you wonder how a country can become so successful. There are several major aspects of Singapore´s wealth but the most important one´are: Its strategic location and natural harbour helped. It is at the mouth of the Malacca Strait, through which perhaps 40% of world maritime trade passes. It was an important trading post in the 14th century, and again from the 19th when British diplomat Sir Stamford Raffles founded the modern city.

Second, under Mr. Lee, Singapore welcomed foreign trade and investment. Multinationals found Singapore a natural hub and were encouraged to expand and prosper.

Third, the government was kept small, efficient and honest—qualities absent in most of Singapore’s neighbors. It regularly tops surveys for the ease of doing business. 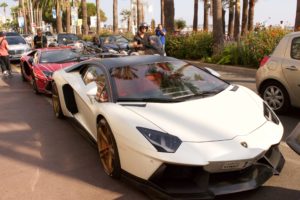 But why is Kuwait such a rich country? If you haven´t guessed yet-Oil.

Since Kuwait has nearly 10% of the world’s oil reserves. Petroleum accounts for nearly half of GDP and 95% of export revenues and government income. It also has a small population – only 3.36 million people. So its per capita income is very high. The government can, therefore, offer generous taxes to the people living there since they have very big incomes from the oil export.

Brunei has a GDP of $71, 185 per capita and therefore takes the fifth place,

Brunei, situated on the northern shore of the island of Borneo in the South China Sea, is one of the smallest yet richest states in the world. It has a population of less than 500,000.

“The tiny nation, covering only 2200 square miles, has been ruled by the same family for the past 600 years. Due to its long history of monarchical rule, relatively small territory, and fabulous wealth, the nation has a variety of culture and governmental quirks that American diplomats encountered during their time there.  Despite its high standard of living, the country will likely face serious difficulties when the oil begins to run out, as Brunei embodies the definition of a mono-economy, with oil and natural gas making up a full 99% of its exports.”-adst.org 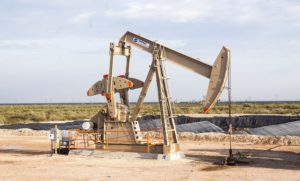 This was The World’s Richest Countries By Gdp Per Capita-Top 10! Were you surprised or was this how you expected?