Which Social Media Is The Best For Paid Marketing?

Which social media is the best for paid marketing?

With lots of social media platforms to choose from, it can be hard to know which of them will generate the best results for your company.

Alright, so which social media is the best for paid marketing? The boring answer is that it depends!

But as we always say, we don’t satisfy with that answer, so we are going to break it down for you a little bit better than that.

Now that you know that different social medias are good for different companies depending on things such as targeted audience, we can take the most common platforms and discuss what they are good for.

It’s incredibly easy to make ads on Facebook. With their basic, well-designed interface, it is easy to create any type of campaign you would like, to attract more page likes or more website clicks, it is completely up to you.

Facebook also has a great analytics platform which gives you detailed stats of how your ads are going. These allows you to easily compare the success of multiple individual campaigns against each other so you can adapt the good things and remove the less successful things.

This, of course, depends on your ad budget but it can also mean that you will get more bang for your buck – and if you have a small budget, this can be very effective for you.

You can also choose to target the audience you wish to reach (within a certain area for example) which also helps give you THE CORRECT people and not just people that aren’t genuinely interested in what your company has to offer.

Twitter is a big competitor to Facebook when it comes to audience size, but when looking at social media marketing, there might be more important things to take into consideration.

This depends on several things. As mentioned, Twitter offers different marketing ways but the only one that is worth pursuing is the Promoted Tweet option. This means that Twitter puts a tweet of your choice at the top of a selected number of users’ news feeds.

Twitter does offer you to target the audience to the same extent as Facebook does, so it might be hard to reach the correct audience that you are hoping for.

You will (of course) have the opportunity to take a look at your ad stats.

Because of the lack of targeted ads, you’ll therefore probably see a lower ROI score than you would see from a similar budget on Facebook. 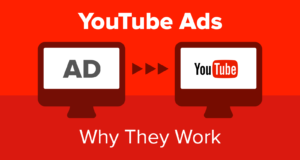 One problem with YouTube ads is that you won’t be able to decide over your target audience in the way you are able to on other platforms.

The ads will also cost a bit more than on other social platforms (because they normally are longer video ads), but that doesn’t mean that you can’t run a successful ad campaign on YouTube. A study shows that YouTube converts more users than any other major social media platform, both in terms of raising brand awareness and sparking purchasing decisions.

This is because people are more likely to be affected by an ad if it: 1. Is a video (ongoing ad) since it has a bigger chance of leaving an impression and 2. Video ads are making people more likely to purchase something.

Which social media is the best for paid marketing?

The best advertising platform will depend on your needs as mentioned before but overall, YouTube tends to have the highest conversion rates and the highest ROI, but this is only correct if you have a good quality video ad to show the audience.

Facebook is great for a catch-all and targeted marketing campaign and Twitter can be good at sometimes but it is not a recommendation if you have a small budget according to latest studies.

This was everything for this article. We sincerely hope that you have learned lots of new and helpful things by reading the article Which social media is the best for paid marketing?

Never hesitate to ask any questions you may have in the comments below, to our email support@veloceinternational.com or to our Instagram @VeloceNetwork.