2021 has been an incredible year for cryptocurrencies. We’ve seen new ones come and go. There have been massive price increases, as well as extreme falls in value. You name a scenario, it has almost likely happened at some point during the year.

One of the biggest headlines of the year was how BitCoin (BTC) reached a value of over $60,000 after shooting up month after month in the earlier part of the year. Its price did fall back down below $30,000 shortly after, as its value began to crash, but it has been stabilizing again since. Now sitting around the $49,000 mark, and seeming to slowly climb back toward its record value.

However, will it continue that way into 2022? What will the new year hold for cryptocurrencies? Let’s take a look at some quick predictions.

However, that is likely to change in the future. Some Governments around the world, including China and France, are investigating cryptocurrencies. They’re looking at possibly creating their own, but also adding legitimacy to some cryptocurrencies so that they are officially recognised and regulated by official bodies, so people’s funds are somewhat protected.

Because of this, it will be a more attractive prospect to many businesses, big and small, to start accepting cryptocurrencies. It will potentially open up their businesses to new markets and help them grow and expand. And with the way we’re progressing in terms of technology, and how the world has become less physical due to how lockdowns have impacted us during the COVID-19 pandemic, it’s likely this could begin happening as early as 2022.

There is no science behind this to back it up, just a gut feeling. But mainly because the price of BitCoin is always going up and down, and always seeming to break records year after year. Having hit the record $60,000 mark earlier in 2021, and dropping back below $30,000, it is now making a recovery.

Whilst it hasn’t quite hit the same heights it has previously, the value of BTC is on a clear upward trajectory. It sits currently around the value of $49,000, and has been increasing steadily by about 5% per day over the last week. And unless something drastic comes out, such as someone finding a way to hack bitCoin wallets, we don’t see its value dropping any time soon.

In fact, quite the opposite. We expect it’s value to rise, slowly at first, before people panic buy again to give its value another quick surge before it falls once more. How high its value will fly is a tough one, but we wouldn’t be surprised at all if at some point in 2022, we see it hit around the $90,000 mark, or even possibly, exceeding the value of $100,000. 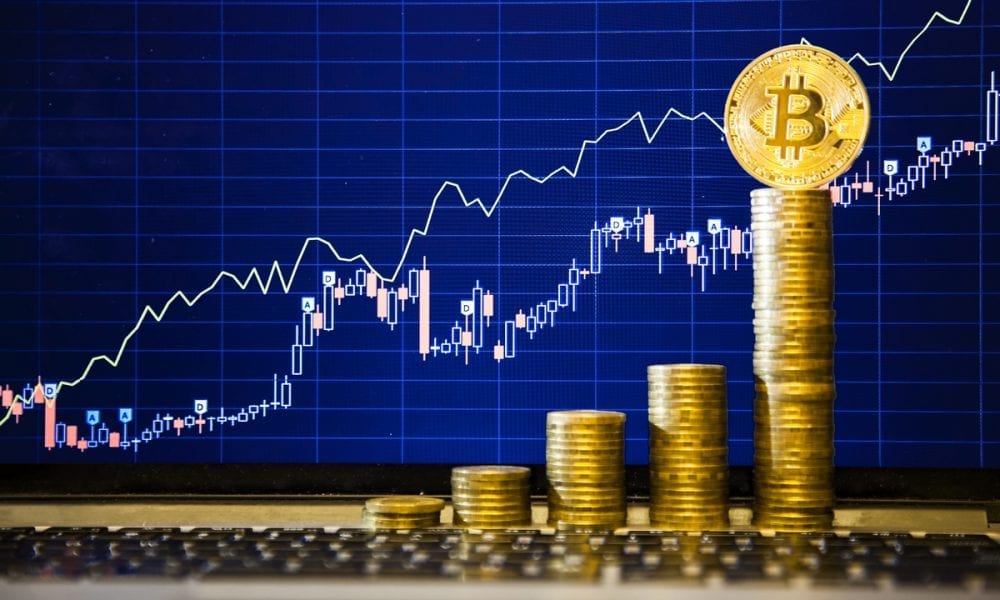 BTC’s biggest rival in the cryptocurrency world is Ethereum (Eth), which is currently in the midst of rolling out Eth 2.0. Ethereum 2.0 is an adaption of the original cryptocurrency that operates via blockchain technology, which will allow for faster and far more transactions than is available with traditional Eth. This will ultimately make the cost of using Ethereum’s network much cheaper, making it more accessible for many to use it.

It has currently rolled out the first phase in December 2020, which caused a small surge in its value. With two further phases remaining to be released for the full Eth 2.0 to be fully operational. This will likely cause additional spikes in value as each phase is released, with the final phase leading to the biggest spike in value of all. And it’s likely that at least one or both of these phases could be rolled out in 2022.

Add to that, the fact that in percentage terms, the value of Eth is currently surpassing that of BTC, it is possible that we could see Eth taking over BTC as the most popular and valuable cryptocurrency around. If it keeps going on its current trajectory anyway it’ll do it, but with further rollouts coming for Eth 2.0, it increases its chances of it happening.

Whether all or any of these activities do happen, it can’t be guaranteed, but they are all quite likely scenarios to happen in the future. So even if they don’t quite happen during 2022, we don’t think it’ll be long before we see things heading in these directions. For now, it’s just a case of playing the waiting game to see what does happen come 2022.