Whether it is more exhibition boxing matches, the NBA play-in games, an extended NFL schedule, or an expanding College Football Playoffs – the number of sports to watch and wager on is at an all-time high. With so many options and a public attitude much more pro sports betting, fans need the safe and fun sports betting sites to make every game more enjoyable.

Fans Matter More Than We Thought

You can pump in noise. You can add fancy screens and digital faces. You can try whatever you want. None of it matches what fans bring to the arena. Fans – although at times unruly upon their return – have brought back a jolt of energy to the games. Even watching Phil Mickelson win the 2021 PGA Championship, a more reserved sport where fans play a lesser role – would not have felt the same if not for the army of diehards following the lefty to the 18th hole.

Win Anyway Possible – Until They Change The Rules

There are two interesting stories from the last few months that have been the talk of the individual sport. The first is the Tampa Bay Lightning and a loophole in the rules. Players who are activated from injury reserve during the playoffs do not count against the salary cap.

The Lightning exploited this loophole to reactivate Nikita Kucherov for the postseason. The move put the team $18 million over the cap. However, since it was the Stanley Cup Playoffs, his cap hit did not matter. The former NHL MVP led all players in scoring and helped Tampa Bay win its second straight Stanley Cup.

The other story is MLB pitchers and foreign substances. For the first two months of the 2021 MLB season, the league dealt with historically bad hitting numbers and unparalleled pitching statistics. The league grew suspicious that the numbers could not only be attributed to a better understanding of spin rate and the use of the infield shift. They decided that action was needed, so they banned the use of foreign substances (with a 10-game suspension as the punishment). It will be interesting to see post-All-Star break if the league is right. 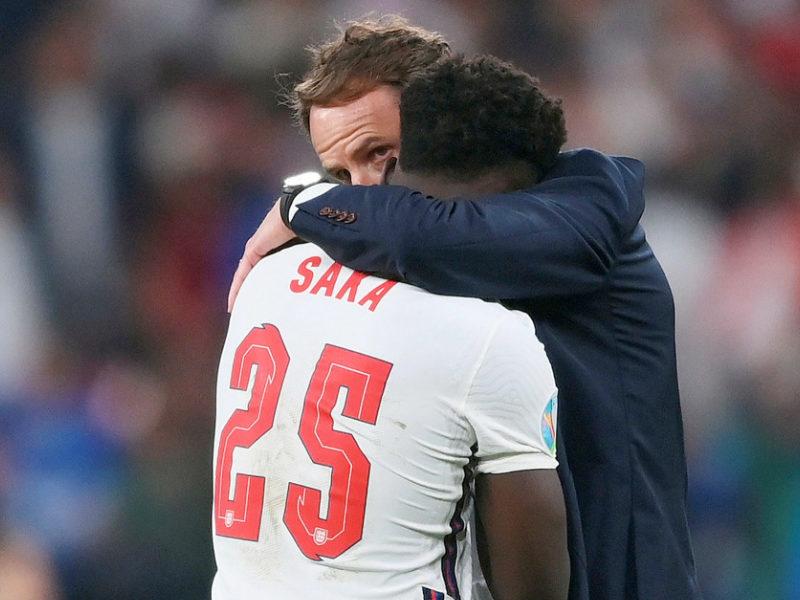 Losing At Home Sucks, But Does Not Allow You To Be A Bad Person

Losing at home – especially in an elimination or championship game sucks. However, it does not give you the right to be a “you know what.” Still, fans act as fans act after losses many times, resulting in some terrible things. There seems to be more action taken now by leagues and stadiums, so be aware your actions now come with more consequences.

Whether it is Novak Djokovic trying to win more Grand Slams than any men’s tennis player ever, Lewis Hamilton trying to top Michael Schumacher for the most F1 titles, or Tom Brady adding to his legacy, 2021 is all about legends continuing the chase of their piece of the sport’s history pie.

The Atlanta Hawks point guard Trae Young turned into a villain during the NBA Playoffs, and it was wonderful to watch. To buddy-buddy with players, no sucking up to the MSG crowd, hoping of one day play with the Knicks. None of it. Just a player that came to town to win games and make enemies. It was a refreshing event in a league where so many players are friends off the court.

The Ratings Are Complicated

Everyone is pointing to down ratings in so many sports, which is true – but likely not as severe as some people believe. For one, ratings come from a dated system – through Nelson boxes. The boxes do not account for the number of fans streaming. Also, the time of year for many things. Summer is a busier time – usually reserved for watching some baseball and maybe a few big events. Adding more stuff to it is not going to help with them. Returning to normal later in 2021 and 2022 should help ratings bounce back.