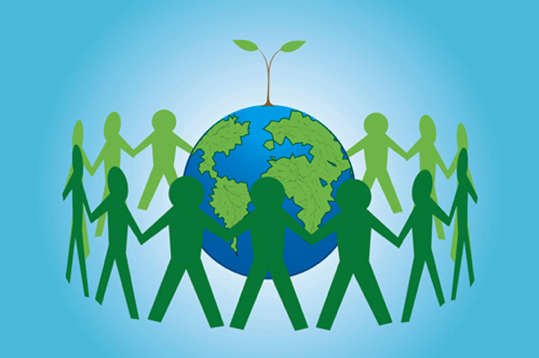 When most people think of factories, the first image that comes to mind is probably a slightly Dickensian one — smoke stacks emitting carbon into the atmosphere, clunking production lines, workers who go about the same repetitive task all day. The idea of a green factory seems like something of an oxymoron: aren’t factories those “dark satanic mills” that William Blake wrote of so despairingly?

The truth is much more complicated. While industrial waste continues to be a problem, and factories still struggle to reduce their carbon footprint, steps are being taken within the manufacturing industry to find more sustainable ways of conducting their business.

Here are just a few of the ways that American factories are going green.

Factories often use vast quantities of energy and are one of the main drivers of carbon emissions in the industrialized world. For this reason, making factories more efficient is one of the most important ways of reducing their overall carbon footprint. This means finding less energy-intensive ways of working, and also exploring options for recycling energy.

For decades, factories prioritized reducing costs over recycling materials. If it was cheaper to simply get rid of waste rather than finding ways to re-use it, this was the path that was taken. In recent years, however, the notion of a zero-waste factory has taken hold, pioneered by overseas firms like Subaru that are trying to achieve zero-landfill production.

By following the three R’s of sustainability (reduce, reuse, recycle), Subaru factories are reimagining everything from how parts are shipped to what materials are used to make their cars. In the process, they have made significant strides toward a production model that could one day involve no waste at all.

Lean production is a philosophy that attempts to simplify and streamline production processes as much as possible. This involves everything from just-in-time manufacturing to investment in time- and resource-saving technologies that help to avoid producing more of a product that is needed, and reduce the raw materials needed.

As factories leverage new breakthroughs in environmental technology to make their production lines more efficient and less wasteful, they are also finding that there is an economic upshot. For example, indirect heat exchangers are simply superior to direct ones, and as the manufacturing sector realizes that becoming more sustainable can help the bottom line, changes are likely to come quickly.

And while progress may not have been as quick as environmentalists would have liked, it is clear that the factories of the future will be much greener than those of the past. It is possible that in our lifetime Blake’s dark mills give away entirely to green and pleasant land.