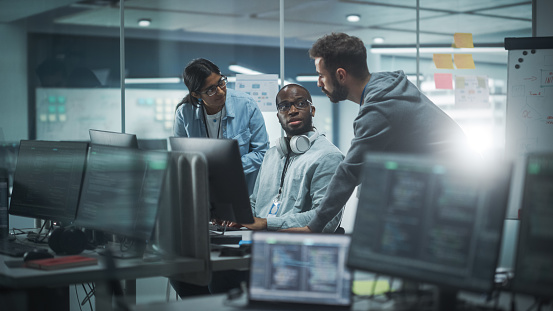 Python and Java are the two most popular languages loved by developers for web applications and desktop applications. With Java, developers can build software with less implementation, Whereas Python, on the other hand, is easy to learn and use. Learners planning to pursue either of these languages are often indecisive about which one to go ahead with.

Therefore, learners need to have a proper understanding of the two languages and their key differences before proceeding. This blog covers everything you need to know; basic comparison, advantages, applications, remote python developer jobs etc. Keep reading to know more!


Some of the advantages of learning java are mentioned below:


Let’s go through all the benefits that Python has to offer;

Let’s quickly go through some of the major applications of these two languages in various fields.

One of the most popular development engines in Java is JMonkeyEngine. It is not as great as Unreal, but it gives you a decent game development as it has a powerful engine.

On the other hand, Python is not that efficient for game development, but there are engines and frameworks like Cocos and Pygame that help them develop games. It can be used to develop simple games though.


Both Python and Java are used for backend development. Backend development is responsible for all tasks related to building software that will run on the server. It is extremely difficult to write your own backend technology as you need to cover all design and security requirements by yourself. Developers develop frameworks for that purpose so that they don’t have to follow the entire process again and again.

Django and Flask are the two well-known frameworks. Flask is used to add basic functionalities, and Django is used in performing various operations on data.

As for Java, the most popular framework is Spring. Many leading enterprises like GE, Orange, and many more use Spring to build their projects. Even though it is not as trending as Java, it is a good choice to build enterprise-level applications.


Python is used for performing various operations in machine learning. It has become the most preferred choice for developers who want to experiment in Machine learning and artificial intelligence.

TensorFlow, Pytorch, Keras are some of the popular platforms in the software development industry.

Java is also a good choice for developers who want to experiment with machine learning. It is already being used by various companies for developing various applications. You can also use libraries like MOA, Weka and Mallet for the development process.


Enterprise applications refers to developing and managing programs for organization use. Java can easily manage any amount of workload efficiently. You can easily create larger systems, which is a restriction in Python.

On the contrary, When an enterprise application is created in Python it updates itself frequently.  For example, Python 3 has a different line of commands from Python 2. Therefore, if we make any changes in the large organization, it can cause problems with the data. So migrating can be harmful for the organization.

Hence, Java has an upper hand when working in enterprise applications than Python.

There are platforms like Indeed, Monster, etc. where you can find a lucrative remote python developer job. You can browse the jobs and apply for the one that suits you best.

Another best place to find a remote Python developer job is through professional networks like LinkedIn. You can search for a job or even ask your friends to refer you to their companies.


If you’re an experienced developer looking for remote python developer jobs and Java jobs then Turing.com is the place for you. Turing’s hiring is a very rigorous process where the best developers from the pool are selected via tests, and later they are matched with silicon valley companies. Turing.com helps developers get remote high-paying jobs from the comfort of their homes. All you have to do is head to turing.com and get remote Python developer Jobs that fit your needs and preferences.

Python gives you more flexibility, reliability, and compatibility whereas Java focuses more on efficiency. It helps developers build clear, concise, and easy-to-use code. Both languages are powerful and efficient in their own way. It comes down to one’s needs and preferences. So choose it wisely as per your career goals. The market is brimming with remote Python developer jobs and Java developer jobs. The payouts for both languages are also equally high.

Akansha is currently working as a Technical Content writer for Turing.com. She is a professional content writer with more than 4 years of industry experience. When not working, Akansha enjoys spending time with her family, reading books and traveling.