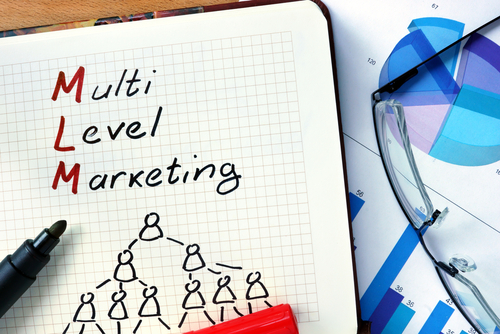 Handling a business is not as easy as people might think. A business owner needs excellent organizational skills to manage their network and release their products on a much wider audience.

One of the strategies to help accomplish this goal is the rise of lead generation that helps get the job done where businesses thrive on the trend of social media junkies and inspired entrepreneurs. Network marketing comp plans have been proven successful as a method done by businesses as it gives the most efficient and ever-expanding information to look for.

The Binary Comp Plan is one of the most common but efficient strategies used by network marketers. This has been used ever since the conceptualization of network marketing. It’s very simple and manageable. It’s made up of a head distributor and two recruits under. Once the other two front liners have recruited their own potential downline, they’ll be managed by them instead of the head.

Most companies can benefit from this strategy as downlines can also have their own direct downlines and can benefit from the spillover of the network. With the result of bonuses under this type of network comp plan, it encourages a lot of people to recruit their relatives, friends, co-workers since pairing bonus is beneficial for both of them and for the head.

The unilevel plan is the most sought after and most appealing nowadays as it gives a promise of direct percentage from your downlines on a linear scale. Thus, the percentages received from the downlines are higher than that of the Binary level. As the direct distributor is just locked in sponsoring one downline, this proves to be cost-efficient and those recruited will always be on the front line of the network.

In addition, the head distributor can recruit as many people as possible and can still recruit downlines but will follow the same linear recruitment. This allows the network to grow on a vast scale and can give unlimited opportunities and can saturate the market easily.

The Board Comp Plan works on a cycle scheme that follows a 2×2 pattern where one can benefit from the board members and can go from one person to another. This is suitable if the company desires for a limited number of people to monitor and should encourage a bit of competition for the members to be more active in recruiting other people to continue the cycle.

The starting line for this strategy is restricted to two legs on the front line and the downline is restricted on two levels only so this means you can sponsor a total of 6 people on the cycle. This encourages a bonus if the board has already completed the cycle. They can also branch out to a new one and the process will continue and can even create strategies in the ladder/rank scheme.

Similar to the Board plan, the Matrix plan works on a pattern/cycle scheme but on a 1 x 3 matrix instead but can also be otherwise as long as it follows an x 3 patterned format for the length and width. It also has a restricted structure like the board plan especially on the width and length of recruits under the distributor.

It is most similar to a pyramid style and the bonuses will spill over the next level. Since this is a forced matrix, the administration and management of this plan are very detailed and there are concrete details on how the bonuses and referrals work on such a plan.

The Stair Step plan has been around on the network marketing strategies for decades and can definitely be a good testimony of its own. It can be considered similar to the Unilevel Comp Plan. You can have as many recruits. However, these recruits must follow a certain percentage of the revenue to be achieved and requires a breakaway policy. The commissions and bonuses then depend on the step level and how big the team has been after moving up a rank. There are advantages in breaking away, such as receiving commissions even if the person has already maxed up the level.

As one of the modern marketing plans, this type of plan encourages business owners to conduct social gatherings or other events to showcase their business products or other advocacies they would love to share with an audience. Usually, there are video presentations, inspirational speakers, or other testimonials during this event that will encourage potential consumers as well as recruits.

Once guests are interested in buying the product, the commission is instantly given and the products are sold directly. This is why this plan can be categorized as a direct-selling or retail marketing strategy as well. Since this is very new and exciting for most people, the Party Comp Plan is considered one of the best today as it gives a sense of working on your comfort zone.

Hybrid Comp Plan emerged as a fusion of a unilevel comp plan and binary comp plan but introduces fair bonuses to the recruits but limits the levels of the network to capture better revenue. Since it has better compensation, not just for the sponsor but for the downline, a lot of people have proven the fairness of this type of strategy.

With this plan, everyone is considered a distributor and is directly under the sponsor. As it continues to grow more in depth and volume, the commission also increases. If one leg is weaker than the other, a new recruit or a weaker recruit will be attached on the strong leg and one of the strong recruits or a sponsor under that leg can be attached on the weaker one to balance the scales.

People thrive for genuine discussion on improving one’s lifestyle and health as well as other necessities. The potential audience for your network marketing strategy will be drawn to you by tickling their interests on what’s inspiring and really beneficial for their everyday activities. Thus, sparking communication for network marketing.