How To Avoid Getting Instagram Temporarily Blocked Or Banned

Over the years, Instagram has gotten better and better on detecting bots, spammers, and bot-like behavior. As a result, your account can get banned permanently. Your account can also get blocked of doing different things such as comment. Unfortunately for the inexperienced users, a small mistake will get them banned! If you´ve got an account with lots of followers, it´s even more important to be cautious.

In this article, we’ve come up with these recipes to guide you through the dos and don´ts on Instagram on How To Avoid Getting Blocked Or Banned On Instagram. Simply follow these guides and you have a minimal chance of getting banned or blocked.

1. If you’ve just created a new Instagram account, do not start Liking or Commenting on other people’s photos right away. This is usually the pattern of a bot and might cause a ban. What you should do instead is to start with posting your own photos, preferably several a day the first week. Although, NOT at the same hour, spread the posts with a somewhat even space during the first week or so.

2. Do not spam-like excessively. This will surely get you blocked for a time and if you keep doing it-banned. The like limit is 350 likes per hour. Make sure you don´t exceed this.

3. If you´re going to spam-follow a bunch of people, make sure you do it discreetly! Following lots of people (at once) is considered as spam and bot-like activity. The maximum amount of people you can follow is 7500 people, so follow wisely. If you´re new to Instagram and want to start following a bunch of people there is a chance of getting blocked from following a lot. To avoid getting blocked from following you have to increase the amount you follow successively, for example, 200, 400, 600, 800 etc.

4. Watch out for posting the same comment over and over again. If you do this, you´ll get comment-blocked very fast. Also, don´t comment many emojis as once, this can also be classified as bot-like behavior. As soon as Instagram detect you doing this (which is very fast) it will temporarily block you at once. 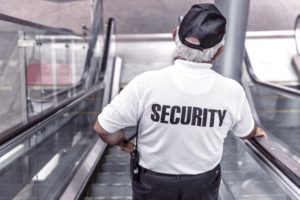 5. Complete your Instagram profile, including uploading your profile photo and write a bio. This is very important. Make sure you have a real display picture and not something from Google. This brings authenticity to your profile and minimizes the risk of getting banned thanks to your unfinished profile.