What is the difference between an influencer and an ambassador?

You probably already know what an influencer is. While scrolling social media, you will notice the term is being used frequently, and it has quickly become a term that both news sites and bloggers alike use to describe influential individuals on social media with a large following and audience.

But while you may know the word influencer, and know a bit about what they do, do you know the difference between an influencer and an ambassador?

In order to be able to describe the difference between the two, let’s start by defining and explaining what a social media influencer is.

What is an influencer?

Related: Complete guide to what is influencer marketing

The important thing with an influencer is not the exact number of followers they have. Instead, what truly matters are the followers they have, who they are, and how engaged they are. This is because companies are looking for influencers who have followers within a specific target group so that their brand reaches out to exactly the right people – their target audience.

During a marketing campaign with an influencer, it is the influencer’s job to represent and sell the product or service to their followers through their different channels. The most common social media platforms are Instagram and Youtube but Facebook, Twitter, and blogs are also common channels for the purpose.

This type of campaign is usually shorter and consists of one or possibly two posts on social media, possibly in combination with a blog post. In most cases and for the best effect, the posts in the different channels are made around the same product.

What is a Brand Ambassador?

A brand ambassador is much like an influencer, it can be a person with 5,000 or 50,000,000 followers on Instagram. Their task during a campaign is exactly the same as for an influencer – to represent, promote, and sell the product or service by using the personal relationship he or she has with their followers. On the other hand, the two different titles differ when it comes to the type of collaboration that it or it has with the brand.

Unlike an influencer, who publishes one or two posts during a standalone campaign and then may never work with the brand again, a brand ambassador is someone who represents the brand for an extended period of time. It is also common for the ambassador to work with only one brand at a time. An ambassadorship can, therefore, last for several years and include most campaigns. The ambassador’s purpose, in most cases, is to work with more than just marketing a single product for the company. But we come to that a little later.

In other words, an influencer is a person who represents the company during a single campaign while the ambassador is an influencer who works with the same company for an extended period.

What is interesting is that ambassadors are influencers. It’s only that when they act as ambassadors, they are hired by brands for long-term relationships. Influencers, on the other hand, are generally only used only for short-term campaigns.

It’s interesting to see that different industries also use different types of influencers. For example, you can often see that it is more common for cosmetic brands, for example, to work with influencers, whereas casino companies tend to lean more towards long-term ambassadors, for example, promoting the gambling experience preferred by the millennial demographic.

The various purposes of ambassador vs influencer

Now, when you know more about how the terms differ, let’s take a closer look at the benefits of the two different titles.

The Benefits of Influencers

In the vast majority of cases, an influencer is used to launch a brand’s new product or service, and many times the company employs more than one influencer to get an as good scope as possible to potential customers. The method can thus be likened to a regular marketing campaign on TV or in the daily newspaper, where companies try to sell in their latest product.

This type of marketing has a very good effect and therefore it has recently become very popular, but there are some limitations to it. The biggest challenge is that an influencer can work with several different brands during a similar time period, which makes it difficult for the brands to build a good relationship with the followers. In some cases, it can even make the influencer less credible with the followers who then easily get the feeling that the recommendations are not genuine or honest. This takes us to the next point.

The advantages of brand ambassadors

The main reason why companies choose to employ influencers as ambassadors is to strengthen their brand. By working with an influencer for several months, the company in question gets the opportunity to build a relationship with its target group in a personal way, which in turn improves brand awareness.

In addition, the company, by building its brand together with an ambassador for a long time, gets the opportunity to be associated with that person. The method works best when using large influencers and celebrities and it has been used in traditional media since long ago. This also helps the brand build strong relationships with the influencer/ambassador and make them a part of the brand.

Perfume companies are a good example of the type of brand-building marketing that started before social media existed. This type of company tends to use the same celebrity in most different advertisements and campaigns to establish the brand. By doing so, their product is associated with the celebrity for a long time to come, which can have a direct impact on the sales of celebrity fans. 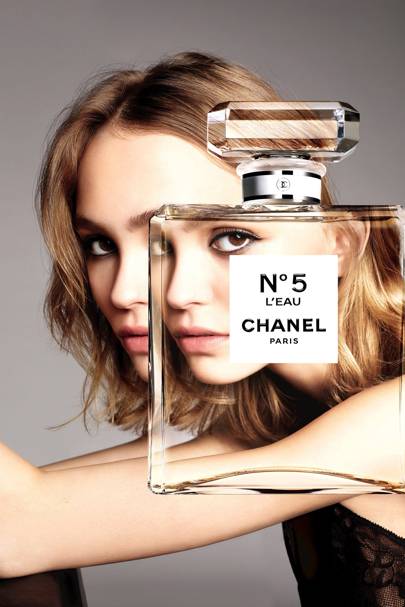 Which method should be used?

No method has to exclude the other in terms of this type of marketing and as a company, you should not choose between using either influencers or ambassadors. In fact, the combination of the two is the best way to get the best possible effect on marketing activities. This is when you are able to generate the best possible results.

For example, you can have one or two ambassadors representing your brand for several years and when you launch new products, you can complement the strategy with influencers that help you market specific products.

We believe that the best way to find an ambassador is by conducting and evaluating a number of different campaigns together with influencers. Maybe you find someone who really represented the brand in a good way? Or maybe someone managed to convert to better results than the others? Evaluating influenza campaigns is a perfect way to find who can potentially become an ambassador for the brand.

Influencers and brand ambassadors are quite similar, however, they do have some key differences in the way they work with brands. And have in mind that influencers can be brand ambassadors and vice versa. Both types can provide fantastic results for the company, but in different ways. Generally, an influencer’s job is to market a specific product with a campaign, while the ambassador helps to represent the brand and the products that are launched over a longer period. This method is particularly good for brand building purposes.