Instagram’s new update makes it possible for you to post up to 10 photos and videos in a single post.

The new multiple posts feature looks like yet another post in your feed but the difference is that you can slide to the left on the picture to see the other posts. Multiple posts are indicated by a row of dots underneath the picture that shows how many photos there are.

Now, you can put up to ten photos and videos in a post but all likes and comments will be gathered in the same section.

This update has so far mostly received positive response since it can help people only post one post with several picture instead of spamming people’s feed with multiple posts. 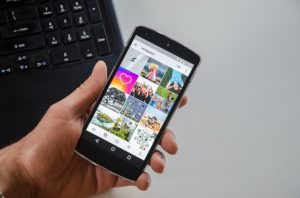 1. Tap the normal camera button as you do when posting a photo/video.

2. Tap on the stacked squares icon, that says “Select multiple” next to it. This makes it possible for you to scroll through your camera roll and select up to 10 videos/photos.

3. Once you’ve selected images, the order in which the photos are displayed in the slide show will be indicated by a number in the top-right corner of the image.

5. On the next screen, you can apply filters and edit the photos you’ve chosen. By tapping on an individual photo, you’ll be able to only edit that.

7. Change the order in which the photos are displayed by tapping and holding an image. Drag the post left or right once you see a trashcan in the top of the photo.

8. In the last screen, you are able to write your photo caption as usual.

You can also tag people in individual posts if they for example are only photographed on one of the posts that you have collected.