Are you looking to begin an influencer marketing campaign but don’t really know where to begin?

If you’re like most marketers, you want to achieve the highest ROI possible, especially if you have a very limited marketing budget.

Now, many people believe that with influencer marketing, the only way to generate real results is to team up with huge personalities that have a multi-million following. To be able to do this, you often need to pay large sums of money and if you want to target real celebrities, you might be looking at several hundred thousand dollars for one single marketing post on social media.

This is where micro-influencers comes in. Micro influencers have a relatively small following but their followers are very targeted and the engagement is often very high.

This means that micro-influencers can generate an astonishing ROI for you, even with just a small marketing budget.

Micro-influencers are also a great way to learn the market and how influencer marketing works. It can be a way for you to see if influencer marketing is suitable for your brand, based on the results it’s able to generate. You can also see it as a low-risk way of learning how to optimize your campaign to get the best results. If it shows to be effective, then you can easily continue in a larger scale, with the strategy that you have learnt works.

In this article, I’ll be listing 6 Reasons You Shouldn’t Ignore Micro-Influencers

1. You can experiment and learn how to optimize your campaigns 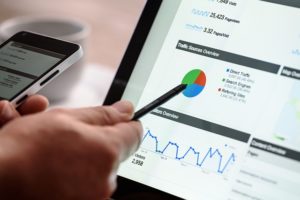 Micro-influencers are cheap compared to the big fish out there but that doesn’t mean they don’t have an impact.

Some micro-influencers satisfy with receiving a product from your brand and some want cash.

The point is that because they are affordable, you can run campaigns over and over to see what generates best results, what calls to action to add, what images to post, what caption to use and much more.

When you come to that level, there’s often two ways for people to go. Either they continue using micro influencers and begin partnering up with several at once because of their efficiency and high ROI they’re generating. Or, you start targeting the bigger fish that has a larger following and is a bit more expensive.

This is completely up to you but because of the fact that you have learnt how to get the most out of influencer marketing with the knowledge you’ve gotten from running micro-influencer campaigns, you are now putting less at risk when choosing to spend more money on it.

2. Micro-influencers have an extremely targeted audience

The mistake some brands do is they try to get the biggest influencer in their niche to post about their brand (which often costs a lot of money) without having a 100% knowledge about their audience.

With larger influencers, the scenario is often the following:

An influencer has a large following, let’s say 1M. The influencer is a woman posting bikini pictures. Because men adore this woman, she got 40% male followers and the rest is women.

If a bikini brand wants to run an influencer marketing campaign with this influencer, they should think like this:

Remove 40% of the following because they will most likely never buy bikinis, remove 50% of the 60% because not all of them will see the post because they’re not logged in, aren’t using social media at the time etc. Then remove those women who are following that are in the ages that are not within the bikini brand’s target group.

Then you have the total amount you’ll reach that are actually within your target audience and might actually be buying from you.

Micro-influencers however, don’t normally struggle with this “issue” as much because their following extremely engaged and interested in what the influencer has to say.

3. They have a high engagement rate

While the engagement rate of larger social media pages tend to decrease as they grow, micro-influencers often have a very high engagement on the content they’re posting. Sometimes even 50%+ which is extremely high for platforms such as Instagram.

This means that when you run a micro-influencer campaign, you can expect that a large portion of their followers will see the content they’re putting out, meaning a high reach for your brand which can convert to customers.

4. You gain trust and credibility

The reason why people are following micro-influencers is because they look up to them and value what they have to say. This means that they are listening closely to the micro-influencer’s opinions and recommendations.

You can even say that micro-influencers are influencing people’s decisions and lives (which is a good thing for you as a brand). Therefore the name “influencer”.

When a micro-influencer recommends your brand or products, people are more likely to trust the opinion of someone they look up to compared to if a brand would say the same thing.

In other forms of marketing such as Facebook, it is you as a brand that have to try to convince customers that your products rock and people will be a lot more skeptical than if they would get the recommendation from an influencer because 92 percent of people trust recommendations from individuals (even if they don’t know them) over brands.

That statistic alone shows the power micro-influencers have to help you gain trust and credibility.

5. They know their audience

You probably know how important it is to speak in the same language as the customers.

You probably also know that it is close to impossible to try to satisfy every single person that sees your ad, especially if you don’t know the people who will see it, which often is the case with most marketing sources.

When it comes to this part of the micro-nfluencer campaign, it is important that you let the influencer do the work because ultimately, they know their audience best. Not you.

Too many brands are committing the mistake of wanting full control over the campaign and “surprisingly” they generate bad results and a ROI. Often because the ad is too pushy and has the semblance of a regular ad. And people can sense this and trust me, they will go the other way.

6. It’s a more affordable way of reaching a targeted audience

Usually, micro-influencers have the possibility of reaching out to and communicating with an audience that brands don’t.

Your main objective is to get your brand out there and make more people aware of your products.

1. A recommendation of your brand/product that more people are likely to trust than an ad

2. A very targeted marketing campaign that reaches your target audience

While micro-influencers might not have a huge following, they are cheap which means that you can partner up with many of them at the same time. All together, they reach a completely new audience previously unknown to your brand while also generating a tremendous ROI.