Even for the most experienced marketer, social media is a tough nut. Content strategy, posting schedule, engaging, being active, and so on…

There’s no shortage of things to do – that’s for sure.

If you want to generate great social media results, you have plenty to think about, so not surprisingly, you are probably going to commit some social media mistakes during your journey. But how many, and are you already doing them?

In order to realize any mistakes, you might be doing right now, and prevent you from committing future social media mistakes, I’ve compiled a list of 5 Deadly Social Media Mistakes You Might Be Doing.

This point is more like two problems because one problem leads to another.

The first issue is that you’re underestimating the time social media will take, and how much work it really is. At least if you are looking to generate results worthwhile.

Secondly, it can mean not having the right people to work with your social media.

It’s shocking to hear and see, but some brands actually just give the task of social media to the youngest in the team, because certainly, they must know how to use that Insta thingy and SnapChat.

While individuals who are younger might potentially know more than the older people in the team, it does by no means that they know how to use it for marketing purposes, because all they’ve done is post selfies and scrolled through their feed 4 hours a day.

If you take social media seriously (which you should – just look at the results it’s able to generate), you would hire someone who knows how to use social media properly, because only when you have experienced and knowledgeable people working on your social media strategy, you can reach your true potential.

Creating personal and brand-specific hashtags on social media is a great way to encourage brand engagement. However, everything that has benefits will also have flaws, and things to be cautious of.

Just as much good a hashtag campaign can do for your brand, it can do negatively.

When creating your own brand-specific hashtag, make sure that it is difficult to turn it around and use it for negative publicity, for example, if faced with an angry customer.

Never use a hashtag that can be used against you in any way and think about how you relate the hashtag to your company.

An example of a failed hashtag campaign is one run by Victorian Taxi Association.

Their campaign was made with the hashtag #Yourtaxis and encouraged people to share their stories and experiences with the company, and instead, they were met with a lot of negative publicity as people shared stories of being physically, verbally and sexually abused by drivers.

But that’s not where it went wrong.

The company tried to make it look positive and said that they were expecting all of those horror stories, and wanted to hear them improve, instead of admitting that the campaign didn’t go as planned. 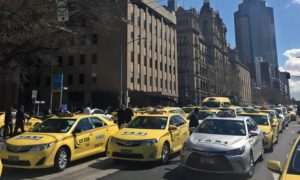 As a brand, using slang can be really effective. It can help show your brand’s personality and engage with your audience in the same language as they speak, letting you build more personal relationships.

If your target audience does not use slang, you shouldn’t either. This will just make the gap between brand and customer larger, and they’ll see you as a stranger. Almost like when an old man tries to speak “teenager language”. It just doesn’t work, and you’ll probably be laughed at.

29.9% of individuals unfollow a brand on social media as a result of “use of slang/jargon doesn’t fit brand”.

On the other hand, if your target audience does use internet slang, using it as well can help you come closer to your audience.

Whatever you do, just make sure that you aren’t using any slang if you aren’t a brand who should. And make sure several people proofread what you’ve written so that it resonates with your brand image.

This is a big one, and that’s because not responding to comments can harm your brand a lot.

Most brands are focusing solely on putting out content and getting as much engagement as possible. But what happens with the comments left and messages received? A non-response from a brand can seriously harm, so is it really good to share content that will get a lot of traction if you have no intent in answering to it?

I could present you with statistics on why customer engagement is so extremely important, and customer service on social media is no different.

5-20%: Probability of selling to a new prospect.

60-70%: Probability of selling to an existing customer.

Making sure you respond and acknowledge your audience’s comments and questions is not all. You have to do it quickly as well because 75% of customers believe it takes too long to reach a live agent.

In addition, answering your comments and engaging with your audience will help you stand out from your competitors considering the fact that five out of six messages sent to brands on social channels go unanswered.

Bain and Company found that customers who engage with brands on social media tend to spend 20% to 40% more money as opposed to customers who aren’t engaged.

Respond to your audience and you’ll increase the chances of them continuing to engage with your brand also.

A study made in 2013 found that 42.5% of customers thought that poor spelling or grammar would harm their opinion of a brand.

Make sure that all your content that you put out is proofread and corrected to perfection. You can use tools like Grammarly to enhance your writing and avoid committing these spelling errors.

Also, having other people in your team proofread what you’ve written is a great way to make sure you aren’t posting something that’ll be met with criticism.

Navigating through the social media maze is a tough job.

There are a lot of traps you can fall into which can harm your brand, and there are plenty of mistakes you can commit that will limit you from achieving great results.

Make sure you don’t try to be something you’re not because your audience will see that you are trying too hard to fit in.

Be you and you’ll attract the people who matter.