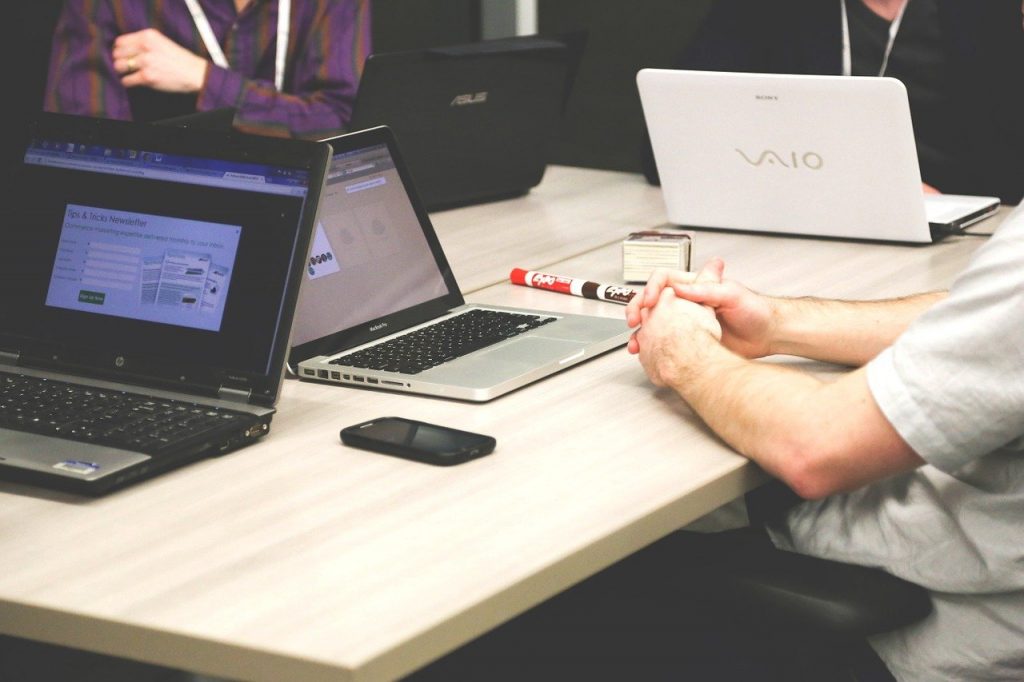 No matter the size of your business, whether you are the sole employee or have multiple staff under your command, you need to be prepared for dealing with conflict.

Bringing both parties to the table is reasonably easy if the conflict is between two employees. If you run into disputes and disagreements with another business or a client, things can get difficult quickly, making conflict resolution key.

Read on to find out the best ways to reach a satisfactory and prompt resolution.

It may sound like an obvious first step, but it is an incredibly important one. Many conflicts arise from miscommunications. It is easy for the true root of an issue to get buried under these. Disputes between businesses commonly stem from a failure to deliver. Be that results, products, services or timelines. It is vital to drill down and find out the root cause of the issue.

Let’s look at an example where a client does not want to pay for services a graphic designer had provided:

The designer gets an email from their client saying they are unhappy with the design process and feel they should get a discount. The designer delivered the final design three days late and believes this is the issue. In reality, the client doesn’t like an element of the final design- a colour that does not quite match their branding has been used.

The email does not state this is an issue, so the designer has incorrectly assumed that the missed deadline is the issue and isn’t aware that the client would like a change to the design.

If the real problem is not identified, the client will still be unhappy with the unusable design even if the designer offers a discount. As a result, they will not do business with the designer again or recommend them.

By digging a little deeper and asking the client more directly what they are unhappy with, the designer will understand that the issue is not one of time but with the design. They can then make the change promptly and leave the client satisfied with their work.

See both sides of the issue

Seeing a conflict from the other party’s point of view can be difficult, especially if tensions are high and the dispute is particularly contentious. By putting yourself in another’s shoes, you can better understand the problem and identify common ground.

Let’s take an example of a restaurant and one of its produce suppliers. The restaurant has ordered fresh vegetables from the same supplier for years. After a change in management, the menu has changed significantly. Instead of their standard order for the last three years, the restaurant now only wants to order a small amount of a specific type of mushroom. The supplier refuses to deliver the new order.

From the restaurant’s perspective, they are missing a key ingredient that will affect their menu. However, the supplier could now be losing money by delivering such a small order in terms of overheads. Suppose the restaurant understands that this could be an issue for the supplier. In that case, they may decide to order more produce from the supplier. If that is not possible, they may agree to pay a delivery fee if their order does not total a certain amount.

What are possible compromises

In a perfect world, everything would work out rosy. You would always be in the right, and the other party would quickly see the errors of their way, and things would come to a satisfactory and prompt conclusion. As we all know, the world is rarely perfect, and that conclusion is more likely to come through compromise than one side admitting that they were wrong. Compromises can be tricky to negotiate as they require good faith from both parties; however, they are possible with a clear understanding of the problem and both sides of the issue.

If we look back at the examples of the graphic designer and the restaurant, we can see that both these situations ultimately ended in compromises.

The designer compromised by agreeing to change the design after the project was completed. An extra layer to this solution could have been asking the client to pay for this time if they had supplied incorrect information initially, i.e. they provided the designer with an old colour scheme.

Call in a mediator

Sometimes situations require an objective analysis. If the other steps have failed or tensions are too high to attempt them informally, a mediator may be in order.

A mediator acts as a neutral party who can hear out the grievances of both sides and help negotiate a resolution.

Depending on the scale of the dispute, your options for finding a mediator include looking to other business leaders in your community or seeking out professionals. Small business owners may want to look to the region’s Chamber of Commerce director, for example. They will have extensive knowledge of local business and a talent for bridge-building. For problems beyond that, professional mediation companies exist, and many solicitors also offer mediation options. This type of mediator is especially recommended when the conflicting parties are not able or willing to meet face to face.

Unfortunately, the option of last resort is to take the issue to the courts. Nobody wants a dispute to end in litigation, but if all other options have been exhausted, then there really is no other route. Legal proceedings can be pricey, time-consuming and upsetting. While a legal resolution may result, no one will likely be particularly happy with the outcome, and a business relationship will be broken.

Conflict is a distressing but often unavoidable part of doing business. If it does happen to you, these steps will hopefully help you navigate it and provide good insight into avoiding the situation again in the future.