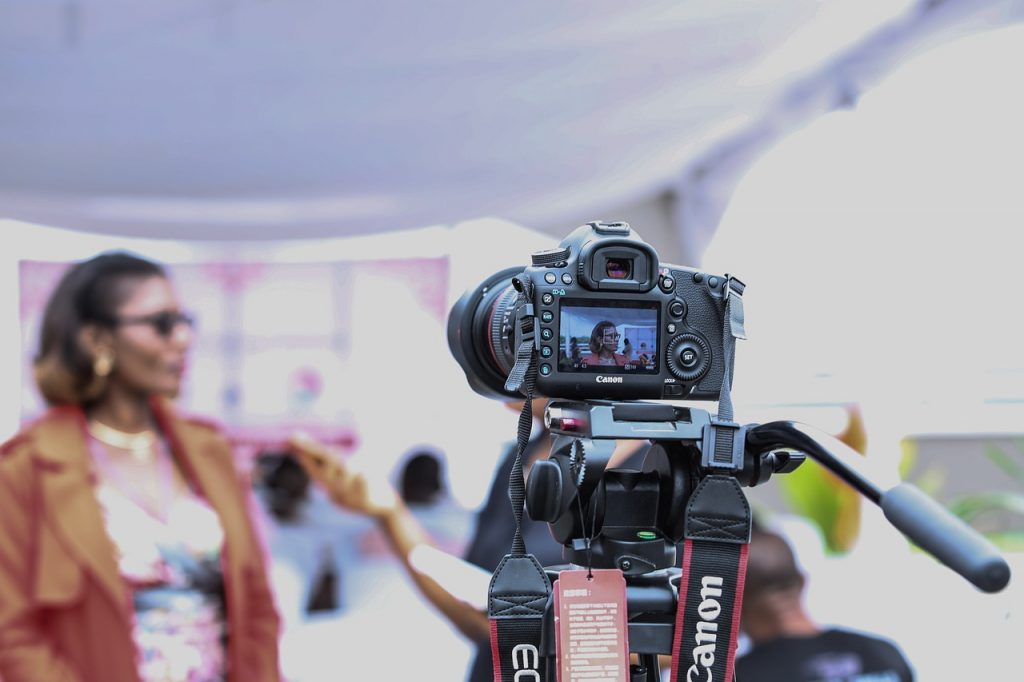 There are many reasons why companies use video in the corporate world, and those reasons largely remain the same. It’s just how these videos are made that’s changed. In the old days of corporate video, you simply had to take shots of the corporate headquarters, add some talking heads jabbering on about the film’s mission statement, throw in some impressive motion graphics, and thousands of dollars later, your corporate video was ready to be unleashed on to the world.

Today, however, we see a very different scenario.

The Way That Videos Are Produced Has Been Commoditized

Software is now virtually free. You can get all the new software you need for just $50 a month from Adobe. Now hardware is becoming relevant. Sony’s FS7 does everything you’d need from a camera (slo-mo, low-light, 4K, etc.) for less than $10k. The big-budget players, tech snobs, and purists all want to invest more in equipment. The differences seen in the final product, however, are less obvious to the public than they once were.

A Trend Towards Free

Let’s use Google as an example. Almost all of its revenue comes from search. And that’s what pays for its free services like YouTube, Goole Docs, and Gmail. YouTube generates billions of dollars in ad revenue and still doesn’t profit. Google could destroy any web-based service they want.

The sheer amount of free stuff on the Web is staggering: software, training, video clips, photos, and more. A full-on video production may not yet be free, but the next wave might just be bundling services with things that you get paid for, such as throwing in video production if you’re allowed to manage your client’s entire account.

The World is Getting Smaller

A video producer might be working with people based on Kyrgyzstan, Serbia, and India on a number of projects…simply because they can. Someone local might be a good shooter, but then so is the keen kid who’s just graduated from college and who’s been shooting since he was 12.

And there might be a great editor living next door to you, but there’s someone equally talented in Pakistan who can do the job for $10 an hour. Someone you know has great experience in marketing and video? Well, an ad agency in your town includes video production among their services. So many people are involved in video production, and that’s a trend that’s accelerating.

The World is One Big Screen

The big idea from Apple was one that changed the entire company: the transformation of the cellphone from a basic input device with buttons galore to a virtual device in the form of a sheet of glass. A screen and an interface afford an infinite amount of options. Now we spend more and more time looking at screens: promo display screens, tablet screens, mobile phone screens, and desktop computer screens. That sheet of glass is our interface to a digital world, as we come increasingly digital. And video is the star of that world.

It wasn’t that long ago when if you needed help on your project, you’d need to call someone on the phone or get a work colleague to come over to your desk. Now, there’s an abundance of resources online, such as training tips from Google, or royalty-free video, such as a fantastic aerial shot for $100, $10, or maybe even $1.

How about free? Remember that there are a lot of things you can get for free on the Web. Then there are collaborative tools- stand-alone tools like Vidmaker, Remark, and Wispter, or integrated tools, such as Autodesk 360, AVID Everywhere, and Adobe Anywhere- that enable video producers to improve efficiency in their work.

Your choice of desktop publishing platform used to be relevant. The same applied to photo editing software or the coding platform you developed on. Now no one could care less. That scenario also now applies to video. Your hardware once determined your position in the industry. Now, you can do so much with even a basic camera. And if there’s additional functionality you require, you might not have to wait too long before the next model release with that very functionality included.

The majority of today’s marketing video is staged. That’s even true of testimonial videos to a degree. The next wave will be Real Reality. That means spontaneous and genuine video, as opposed to being stage-managed. We’ll be seeing a lot of experiential video, thanks to the impressive video cameras we carry in our pockets. This will change the landscape of corporate video production.