Social Media Trends to Watch in 2017

A lot will happen in 2017 and we can only assume with some certainty what 2017 will have in store for us social media users. In this article, we’ll be listing the top Social media trends to watch in 2017.

Live video is growing undeniably. The ability to post videos on social media have existed for quite some time but it wasn’t until the launch of YouTube in 2005 that the way we shared videos changed. 12 years later, videos are still incredibly popular but it is live video that is the new popular kid on the block. Live video was first “made popular” by Periscope (and some other platforms too), where users have the ability to share livestreams of what they are doing and then other users can come and watch.

Other social media platforms such as Facebook, Snapchat and Instagram have now rolled out live video and it is clear that the feature is increasingly popular among the users.

One of the reasons that live video has become so popular is because it is a great way to share insights from live events etc. Live video has also shown to be very effective in creating trust between broadcaster and spectators which are very important for businesses.

The competition between the platforms of winning users will be continuingly high. Facebook (which owns a lot of platforms) will most likely continue to purchase new social media companies that have potential. Most recently was Facebook’s request to buy Snapchat which was turned down. 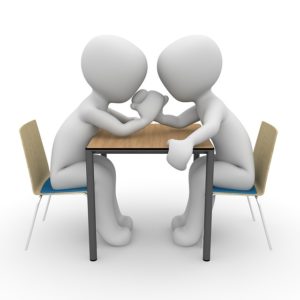 Although we dislike the use of bots, the popularity of them will increase rapidly. Read Why you shouldn’t buy fake followers to understand why you should avoid using them.

As more people (and businesses in particular) realize the importance of social media, more people will use bot services to grow their pages and increase their influence on social media

With the decline of content marketing and instead a rise of new technologies such as VR and AR, brands will be forced to find new strategies to be able to still be in the game. VR and AR- Virtual reality and augmented reality are now built into most mainstream social networks and we can only guess that we probably will see a lot more of those features (and possibly apps) in 2017. 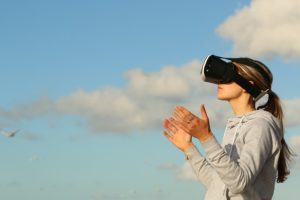 Since Snapchat introduced vanishing messages, it has gotten an extremely good response and increased in popularity dramatically. With an increased popularity comes a bigger supply. This means that other platforms will (and already have) adapt this new feature. Instagram launched their “Insta stories” that are visible for 24 hours and then disappears, and it is expected that more companies will hop on this trend in 2017. (UPDATE: Facebook has hopped on this trend as expected) – Updated 9/7

The chances are that Acquisitions are Social Media Trends to Watch in 2017. Due to the huge competition on social media. Facebook and all its companies it has acquired, is growing more powerful and there are expectations that Facebook will continue to acquire social media companies with big potential in 2017.

These are the top Social Media Trends to Watch in 2017. These will most certainly have an impact on social media and how we use it.

What do you think will be the Social Media Trends to Watch in 2017?