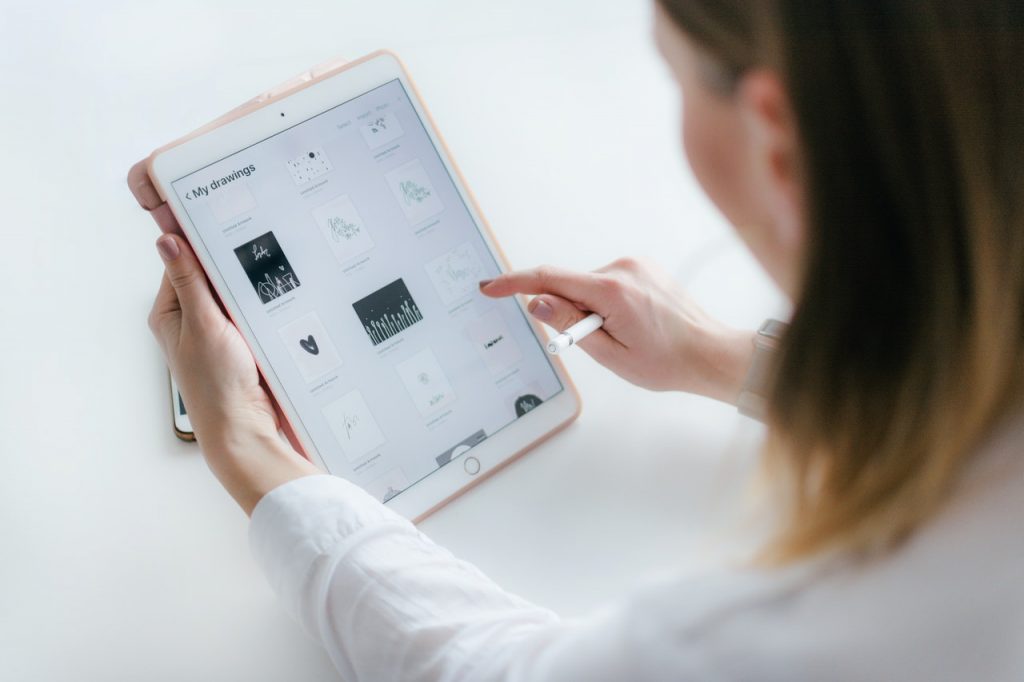 If you want to start building your own app, it’s a good idea to get a handle on the most important points in this process. Learn with us now!

The app design process in 2021

In 2017, Google Play had 2.8 million applications, while Apple had 2.2 million. A total of 200 billion applications were downloaded that year and, according to the statistics, this number doubled by the beginning of 2021. Although chatbots have brought new competition to the market, applications have not had the last word.

There are applications for everything, but every now and then we all have an idea for a revolutionary application. Yet these ideas are not worth much if they are not accompanied by a vision.

An application must solve a specific problem. You have to do the work of turning around your idea to find a simple and clear mission that will take precedence over everything else. The best way to do this is to ask yourself a lot of questions and synthesize the answers as much as possible. The simpler the vision, the simpler the application will be and the more likely it will be successful.

Here you can find another guide that might help you with the app designing process.

Specify your tastes and do some mock-ups

In order to understand the style you are looking for, you don’t shouldn’t just take a look at applications in the same sector, but you should broaden your field of vision. For example, many companies choose to adopt the Tinder concept but in completely different markets. This is a somewhat bandwidth-intensive but necessary exercise to sharpen one’s vision.

Also, be sure to make some mock-ups: A pencil, eraser, and paper is all you need to create your first model. The principle is to make the storyboard of the application on paper. This is the easiest way to agree on the basis of the future application. Once the stakeholders are satisfied, you can do more advanced mock-ups, such as fixed screens of the future application. These first digital mock-ups also make it possible to visualise the aesthetics of the application and to check that the colours and shapes match.

Finally, the last mock-ups are called “dynamic”; in other words, they integrate the movements of the application following each interaction with the user’s fingers. There are many codes to be respected when creating an application. These application development “bibles” have been written by Google and Apple and it is important to read them in order to optimize your chances of success.

The development of an application is done in “sprints”. Between each sprint, stakeholders come together to maximise the benefits of the iterative process and ensure that the vision is always respected. This back and forth with the developers can be time consuming, but is important to ensure a good result.

The tunnel effect – developers sinking into the product and losing sight of the mission – must be avoided at all costs. These regular meetings allow you to take a full view at the big picture and focus again on the problem at hand and the user experience. It’s a kind of exercise in refining the application.

Of course, during the development process, some of the initial assumptions may prove to be wrong, so you’ll have to create new ones. Some of these anomalies are spotted by a simulator, but to optimise this stage, the application must be used as quickly as possible by a potential user: It’s like constant beta testing.

Reid Hoffman, co-founder of Linkedin once said very accurately: “If you’re not embarrassed by the first version of your product, then you launched it too late.” This quote is especially true in the world of applications because the sooner your app is in the hands of the users, the sooner the developers will have feedback to improve it.

An application must be functional when it becomes available to the general public, but it is rarely perfect and we must continually try to improve it. During the launch, you have to prepare for a very aggressive communication campaign, because it’s not only the number of downloads that is important, but also user retention.