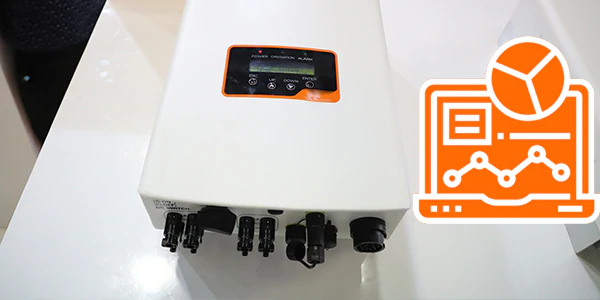 With the growing global interest in sustainable energy sources, interest in solar systems has risen at astronomical rates. The capacity of the sun to power a complete house is a significant environmental benefit and an excellent use of a resource that we have access to for several hours each week.

However, do you have a firm grasp on the components and operation of solar systems? Solar system is comprised of solar panels, a solar inverter, and a structure to hold it all together. They may also contain a solar battery and a charge controller, depending on the system, and the number and type of panels used in each system is determined by the required energy output. Given the relevance and benefits of solar systems, we thought we’d provide some information on solar inverters, how they operate, and what to look for in a good solar inverter.

Inverter technologies have improved dramatically, to the point that they now offer a variety of additional capabilities and services in addition to converting DC to AC, such as data monitoring, sophisticated utility controls, applications, and system design engineering. Additionally, inverter manufacturers provide post-installation services critical to ensuring continued energy production and a high level of performance for the project, such as preventive maintenance, operations and maintenance, and a short mean time to repair (MTTR).

Now that you have a basic understanding of what a solar inverter is and how it works, it’s time to consider the many kinds of inverters. There are five distinct types of solar inverters, each with its own set of advantages:

A battery inverter is the ideal solution if you need to retrofit your solar system with a battery or if you want to keep your battery separate from your solar panels and operate via a separate inverter. A battery inverter converts battery power to 230V AC and distributes it to your switchboard when feasible.

A central inverter is a monstrous device that is used to power systems requiring hundreds of kilowatts of volume. They are not intended for domestic usage and are shaped like a giant metal cabinet, with each ‘cabinet’ capable of handling around 500kW of electricity. They are mostly utilized commercially for large-scale installations or solar farms on a utility size.

Hybrid inverters, often called ‘multi-mode inverters’, are rather rare in India. They enable you to add batteries to your solar system. It is linked to the attached batteries through ‘DC coupling’, and its electronics manage the battery’s charging and discharging.

Solar inverters account for around 25%-30% of the overall cost of a solar system. The solar inverter price ranges from INR 6 and INR 20 per watt, depending on the technology used, such as off-grid, grid-tied, or micro inverter. Numerous variables influence solar inverter pricing, including inverter technology, efficiency, warranty length, and brand quality. The following table details the current pricing of solar inverter brands in India.