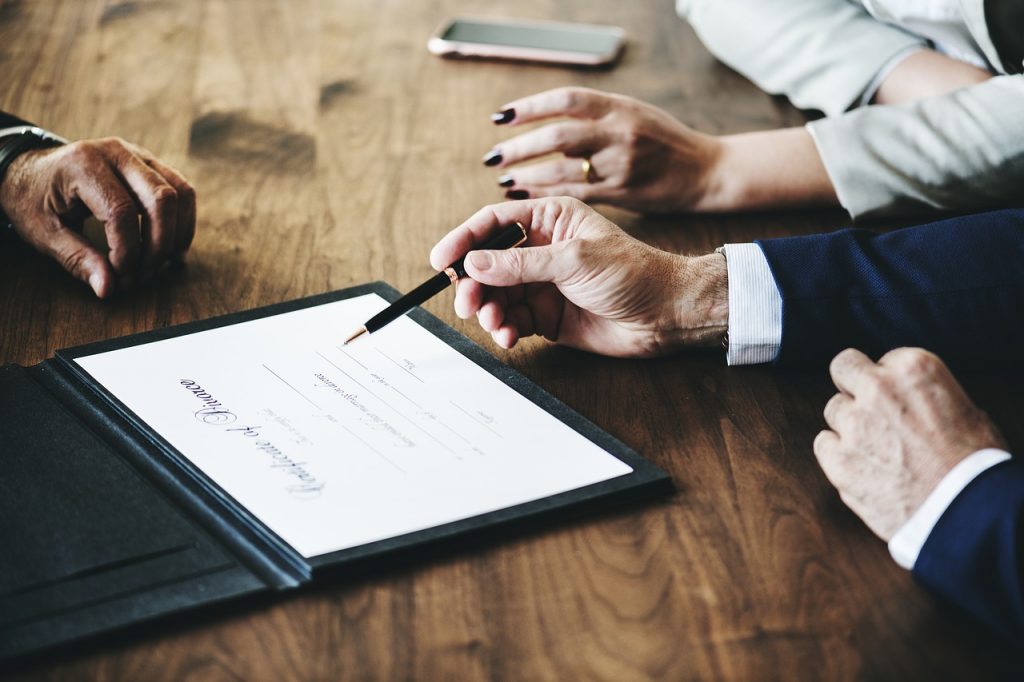 Divorce is a very complicated and exhausting matter, and if the spouses have to divide a family business it gets even messier. However, there’s no problem that can’t be solved when one keeps the emotions out of the business. Sometimes it’s hard to find a common ground between people and dividing the business is one of the most difficult matters that occur during divorce. Emotional stress usually affects one’s ability to think straight when it comes to business. That’s why most people decide to ask for help from third parties that are neutral.

Dividing the assets and debts is usually the divorce matter that takes the most, sometimes it lengthens the process by months. There are a few simple steps that one can follow in order to shorten the delay as much as possible. Here’s a list with 10 things you should know when you divide a business during divorce.

Make the difference between separate and nuptial properties

According to Nolo.com,  a prenuptial agreement might save a business from being shared or sold. Even though most people believe that their marriage will never end when they take vows, reality shows different. Agreeing to have a prenuptial contract before taking the vows must be done in the 21st century with so many marriages ending in divorce. If one owns a business before marriage, the best way to keep it safe is to make a written agreement. Keep in mind that during divorce only written agreements count and the verbal ones have no legal value.

With a prenuptial contract, both parties decide what goods and assets will be shared or not during a divorce. Sometimes people go as far as a judge witnessing the signing in order to be clear that none of the parties was forced to sign it.

Ask a third party to evaluate the business

If you decide to have a divorce and own a business with your spouse and no pre/postnuptial contracts have been signed then you have to prepare for sharing the business. Evaluating the business at this point is very important. According to onlinedivorce.com,  the first step you should take when you are going through a divorce and have to divide a business. Knowing the value of the business you have to share is mandatory. Both spouses should agree on who will be the third party that will evaluate the business. The third-party must not be involved with any of the spouses, to be unbiased and reliable.

After you have a price on your business you can discuss the options with the other party. You can sell, share or move the ownership to one of the spouses. Have an open discussion and see which option will suit you the most. Sometimes selling is the best option, but there are also people that have invested their lives in the business and would rather buy the other one out of the business or keep it as it is.

Pay yourself a competitive salary

Most people tend to pay themselves less in order to reinvest the profit. This can be used against them during the divorce. As the spouse can claim in court that he/she is entitled to more money or a larger part of the business because he/she did not derive any benefit and all the money went into business instead of the household. This is a very important matter that is often overlooked.

Think before starting a company with your spouse

There’s a reason people say to never mix business and love. You should think twice before hiring your spouse or request their help in any way regarding the company. The more they help, the more they are entitled to in case of a divorce. Sometimes it’s better to keep the family life away from business life in order to avoid unpleasant situations. There’s been plenty of cases in which people started fighting over the business and ended up divorcing.

Use a partnership, shareholder, LLC and/or buy or sell agreements to lock out the spouse

Partnership, shareholder and other kinds of agreements should also include provisions that will protect the interests of all of the owners. If one owner gets a divorce the company must not be affected in any way. Here are examples of agreements that should be stated:

The unmarried shareholders should provide the company with a prenup agreement prior to marriage. Also, it should include a waiver by the owner’s next spouse of his/her future interest in the company.

A prohibition against the transfer of shares without the approval of the other owners, but not the obligations of other partners to purchase the shares or interest of any of the divorcing parties, so that the owners can keep the control of the company.

Pay off the spouse

If you could not protect the business and you have now a final price for it you can try to buy the spouse out of the business. You can do that using the marital assets such as cash, stocks, retirement funds, other properties you own. Also, you can use a Property Settlement Note, that’s a long-term payout of the amount the spouse is entitled to according to the court decision.

Get advice from the start

Know how much you and your spouse make and how much you spend. Hire a lawyer and show him exactly what’s on the table and what needs to be shared. Give proof of all the expenses your spouse has and of all the contributions he/she has made to the business. Lawyers can provide very good advice when it comes to dividing businesses during divorce and some have a lot of experience. Sometimes lawyers can save up a business if you give them the right tools.

Go to a mediator

Sometimes a mediator makes all the difference. For a fee, they will study all the assets and debts of the couple and will keep in mind the preferences of both parties. They will present you with a version of how the goods/ debts should be shared. This can save up the business and provide some insight on how you should proceed from then on. If one spouse has no interest in keeping the business and is only focused on the financial benefits of the company a mediator can come up with a payment plan that will suit their needs.

Sometimes this happens. It’s not pleasant and it’s probably the worst way to go. If an agreement between parties can’t be reached then the business has to be sold and the money divided between parties. However, this is the most frustrating thing that can happen to someone.

However, after selling the business you’ll have the financial means to start over. As the saying goes “ what doesn’t kill you makes you stronger”. Starting over is hard but at least now you have experience and will be more cautious in future partnerships.

Mixing business with a love life is never a good idea and signing a prenup is the easiest way to protect your business from being affected during a divorce. However, if you didn’t keep that in mind when you first got married there are a few ways in which you can keep your business safe.

If the business is owned by both spouses and it has to be shared, things get a little more complicated. A mediator can really help you with your business. Hiring a lawyer as soon as you decided to divorce is crucial and having the business evaluated by an unbiased third party is very important.

Sometimes, even if you get a divorce you can still run a company with your ex-spouse. Some people are very good at managing their emotions and can work together even after separation. But that is a happy case and doesn’t always happen. Most of the times one of the spouses has to buy the other one out of the business.